DOWNLOAD this North Dakota Promissory Note Form representing a contract between two people in North Dakota for the lending and borrowing of money.  The parties to the note may decide how much interest will be charged with the principal within the confines of North Dakota statutes.  The parties may also decide how the loan will be repaid and whether or not it will be secured.

In North Dakota, an interest rate may not be charged that is greater “than five and one-half percent per annum higher than the current cost of money as reflected by the average rate of interest payable on United States treasury bills maturing in six months in effect for North Dakota for the six months immediately preceding the month in which the transaction occurs, as computed and declared on the last day of each month by the state banking commissioner, but that in any event the maximum allowable interest rate ceiling may not be less than seven percent…” ND ST 47-14-09 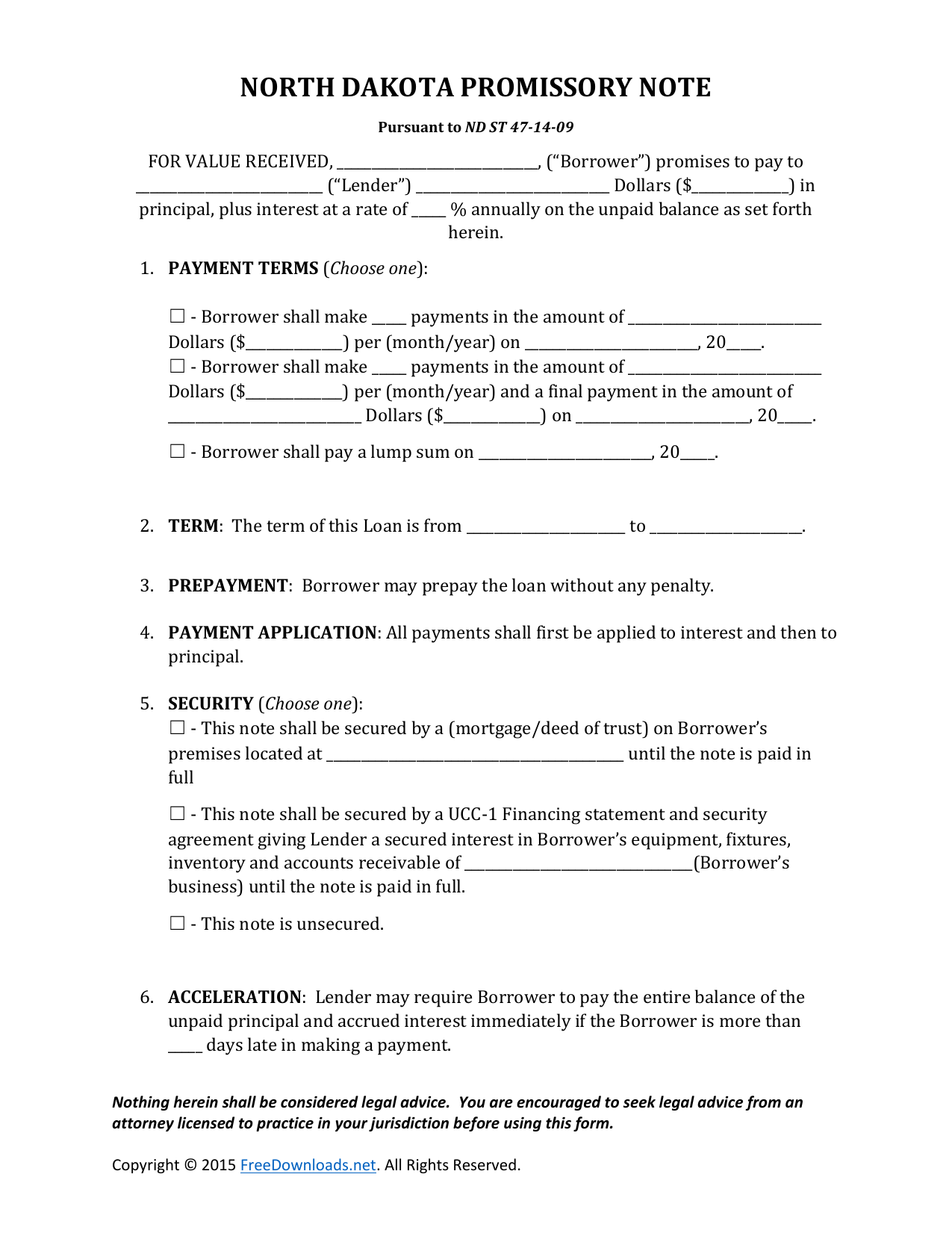