The Alaska special financial power of attorney form is meant for a person, known as the principal, to set specific monetary related powers to someone else, known as the ‘agent’. The powers directed towards the agent can be for anything such as picking up mail at the post office to handling retirement accounts. Anything the principal lists as a power the individual is entitled to may be used.

When completing the form it is required that it be signed by at least two (2) witnesses or in front of a notary public. 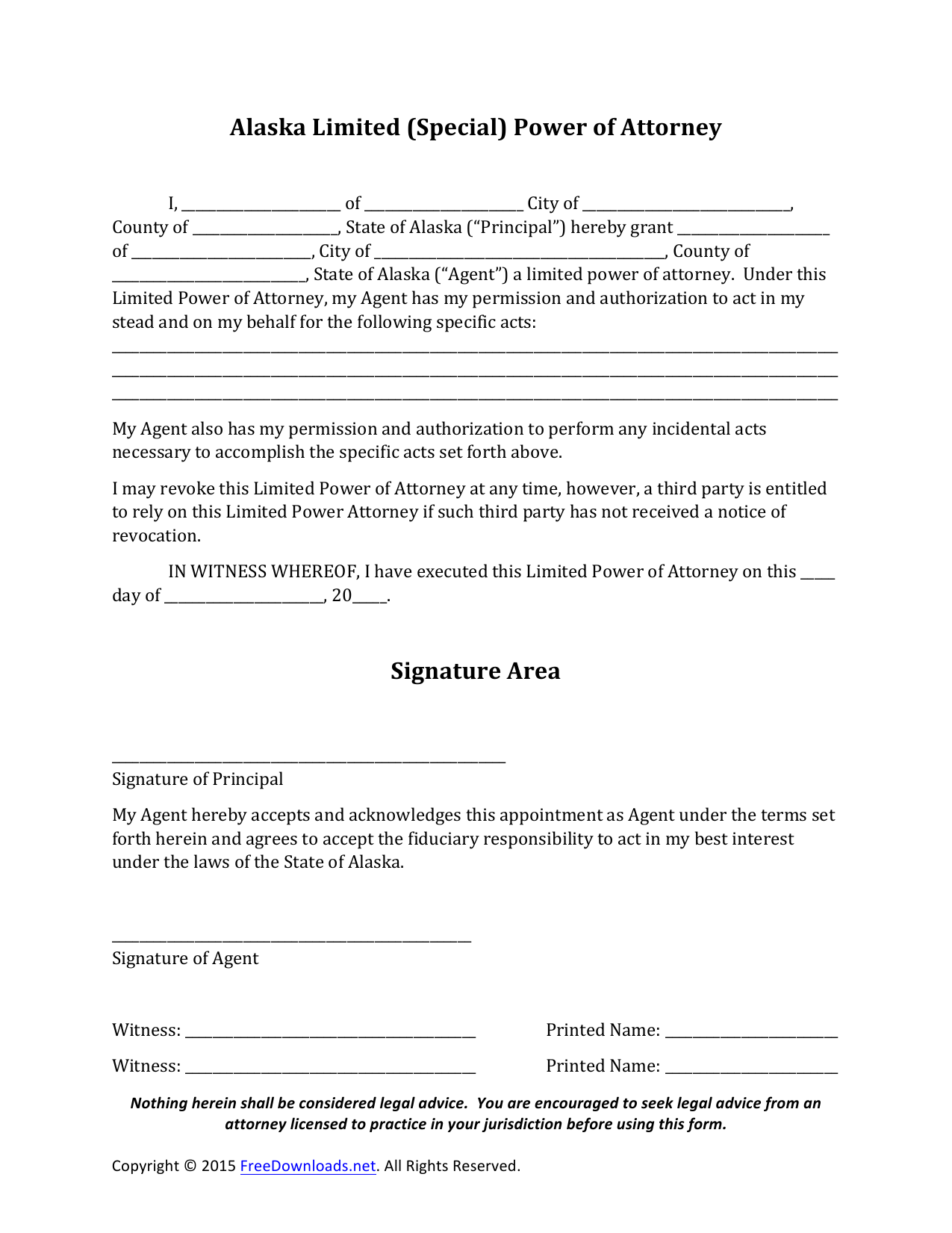