Download this copy of Steve Jobs’ Resignation Letter To Apple Inc. that was simply and uniquely written by Steve Jobs to Apple, upon learning that his pancreatic cancer had reached it’s end stages.

Steve Jobs was one of the most profound and prolific entrepreneurs of his time and is often described as one of the world’s most amazing technological visionaries on earth. He was also described by many as a man who had a raging and unmistakable reputation for perfectionism and abject cruelty, in many cases, to nearly anyone who stepped upon his path. This according to many television news reports, reports from those who had worked along with him in his many ventures and news stand pages, over the course of his life.

All of this stated, Steve Jobs changed life,literally as any of us have ever known it before. We had gone from believing that television and telephones that hung on our walls or sat upon our tables were amazing miracles that only the wealthier families could afford, to the ability to use computers. Ultimately, his ability to envision communication mobility was uncanny and obviously had come to fruition.

It seems however, at the end of his life, when it had become apparent that he had so little time left that there was little left to say, that perhaps he had come to realize the ease of simplicity. His final resignation letter seemed sincere yet still Jobs-esque if you followed him through his public life experiences and are willing to read between his particular lines.

In his resignation letter, written to Apple Inc on August 24, 2011, he had spoken as if he had plenty of time left to carry responsibilities within the company, that perhaps he was just a little weaker and perhaps needed family time.

Steve Jobs passed away, one month and 11 days after he had tendered his resignation, on October 5, 2011. 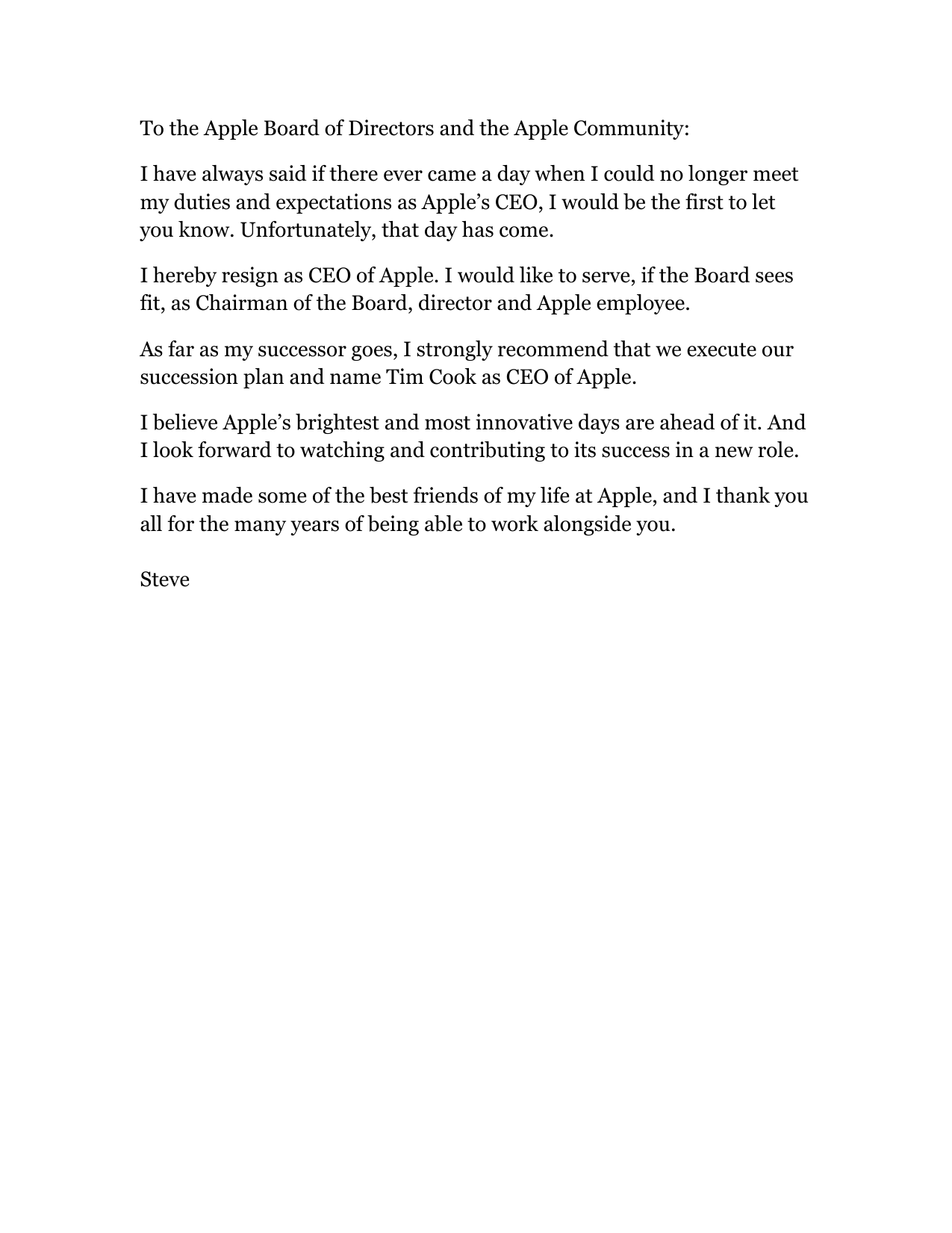